I have just experienced a rather profound moment. It happened shortly before I took this photo. 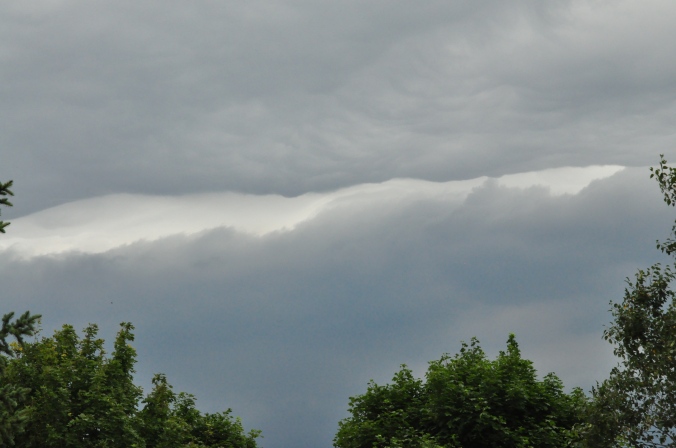 I had been listening to the Weather Network, where, in true media fashion, they sensationalized the rash of tornadoes that ripped across my region two years ago. Footage of uprooted trees, destroyed buildings and rescue workers made me anxious when I looked outside. At that moment I immediately identified with two people who lost their son in that storm.

Ironically, I knew The Boy’s parents when I was about his age. His mother rode the bus with me in elementary school and was like an older sister to me, in spite of the fact that she was already the eldest sister of several other siblings. His father rode the bus with me in high school and was someone I could relate to, with his dry sense of humor. I never met The Boy but years after I lost track of his parents, we found ourselves across the room from each other at Prenatal Class. His parents were, like The Big Guy and myself, expecting their first-born child. We spent a summer of excitement and anticipation. We joked about the scarier aspects of childbirth as a coping mechanism. We cheered each other on with our little milestones and marvelled at how our lives continued to be intertwined.

Then lives got busy with babies: ours with First Born Son, theirs with The Boy; and eventually, second babies. It wasn’t until I was on facebook years later that I was able to see what a gorgeous child The Boy was. Dark thick hair like his mother, eyes like his father, and by his mother’s description, a true blend of the both of them. He was more than clever; he was kind, insightful and generous. He had a wisdom beyond his years and after his passing, triggers and memories haunted and comforted his family – the beauty of a butterfly, the surprising reaction of the family pet, the generosity of his classmates.

The first year goes by, and with it, the first Christmas, birthday, school year and other milestones a family celebrates all without The Boy. His family healed, but is still wounded which is why I was so upset with the television coverage today. In the aftermath of the tornado, The Boy’s family refused to talk to the media. They didn’t want their personal nightmare played out like some cheap entertainment for mass consumption. I respect them for that – and wish more people would do the same. They never gave permission for his name to be released, which is why I’m respecting their privacy now.

I have looked at First Born Son and felt a twinge when I think how tall he is getting and how he will enter high school in a couple of weeks – all things The Boy would be doing too. I cannot imagine the pain of losing my child, but I can appreciate the loss. No one wants to live it, and those who live it, will never escape it – and from what I understand, they don’t necessarily want to.

But back to the sky. When I saw it, I felt overwhelmed. I know how the family dreads storms, especially those with high winds. There was definitely something brewing. 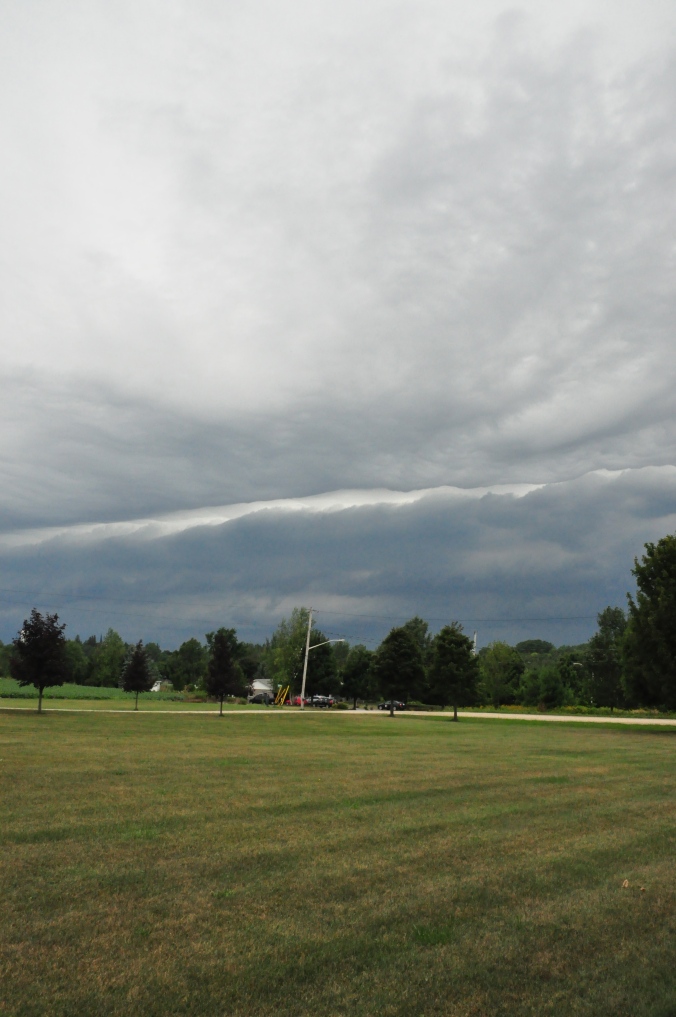 Do you see that slice in the clouds? It’s almost as if your arms were long enough, they could pull back the layers and reach into heaven. Or perhaps, if you were in heaven, you could see what was happening down below.

And it occurred to me; The Boy’s family was marking this year’s anniversary this very day with a barbecue. They wanted to celebrate, rather than mourn. And so I looked at the clouds one more time with rose-colored glasses.

There is a silver lining in those clouds – do you see it? The Boy is there, looking down at his family; celebrating with them. He can’t keep the storm away but he was a Glass Half Full kinda kid, therefore the beauty inside that angry cloud could be nothing but happiness. The Boy was full of joy, his mother said, and suddenly the trepidation I felt early was replaced with peace.

While I couldn’t be there for the barbecue today, I was very present in spirit. And I believe The Boy was too.