When Second Born Son decided to learn to play the drums, we were really excited, even though most people thought we were crazy.

After a year of lessons, we could see the interest waning. We encouraged, we cajoled, we got ticked. Finally I advised him after Christmas that we would not be continuing the lessons. He was very disappointed. I explained to him that I don’t want the “Bad Guy” role of forcing him to do something he wasn’t interested in pursuing. He admitted he agreed with the decision – but just as a break. While he does enjoy the drums, I don’t think he LOVES the drums. Certainly not enough to practice on a regular basis. While I don’t mind keeping the kit in the basement incase he changes his mind, I’m not going to make my limited parenting time shrieking about practice.

I remember my parents having to take that role with me, when they paid for organ lessons for me and Little Sister. I can remember practicing and hating the organ because that was the easiest place to direct my frustration. I certainly didn’t want to blame myself, but I’m sure I shot more than one loathing look at my parents.

I guess I’m taking a different look at this. Some might say, “You’re letting him quit!” I’m saying, “I’m letting him find his passion.” There’s a difference. Some of you may recall me being a cow about not allowing First Born Son to quit playing hockey many moons ago. You can pack up your hypocrite flags, because the difference here is FBS wanted to quit because of the actions of others; he still loved hockey. SBS is simply isn’t  interested in drums enough to spend the time to practice therefore I don’t feel the desire to spend the money.

In the middle of this discussion, he was finishing a project for school; a poster of what the Canadian government would have sent out to European countries to encourage immigration. You know, if posters were the thing to do in the 1800s. I took a look at his poster and told him I was disappointed that he traced the image of the man in the poster.

“I didn’t trace it,” he replied, rather indignant. SBS does indignant very well.

“You’re telling me you DREW that?” I replied.

“You are positive?” I replied, have another look.

“YES! I DIDN’T TRACE IT!” he’s annoyed with me, and rather offended. He’s pretty good at offended too.

That’s when the lightbulb went on for me. I’m not sure why I didn’t see it before.

My grandmother was an artist… 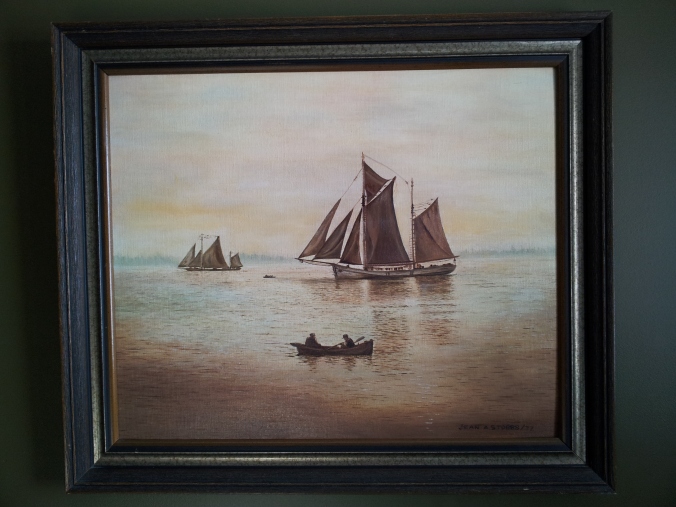 My sister is an artist…. 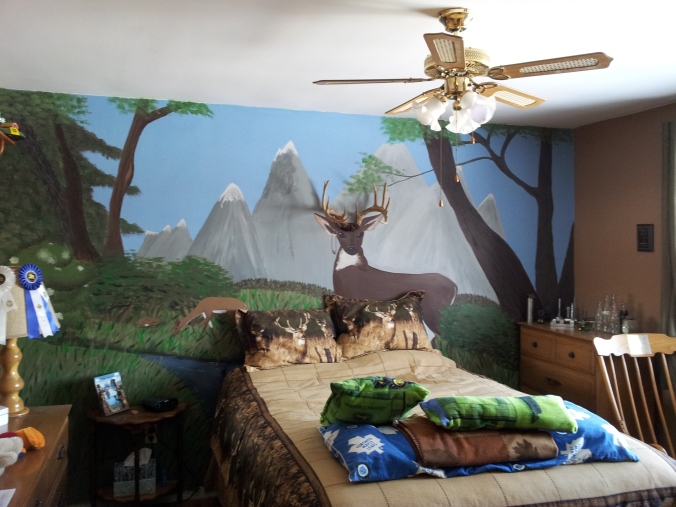 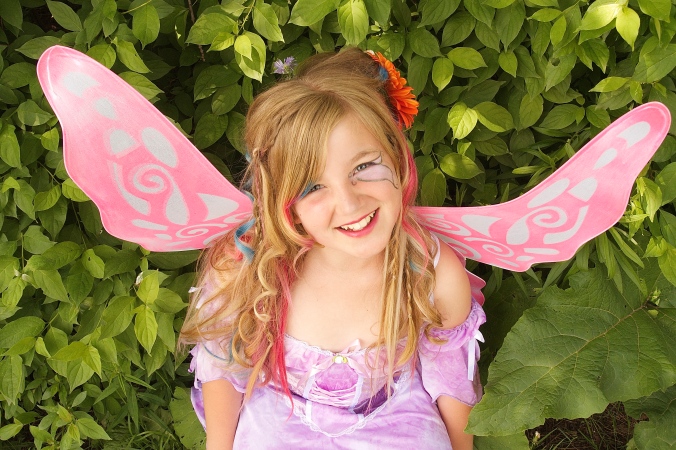 And while FBS would say he cannot draw anything beyond stick people, there is no denying his creativity, 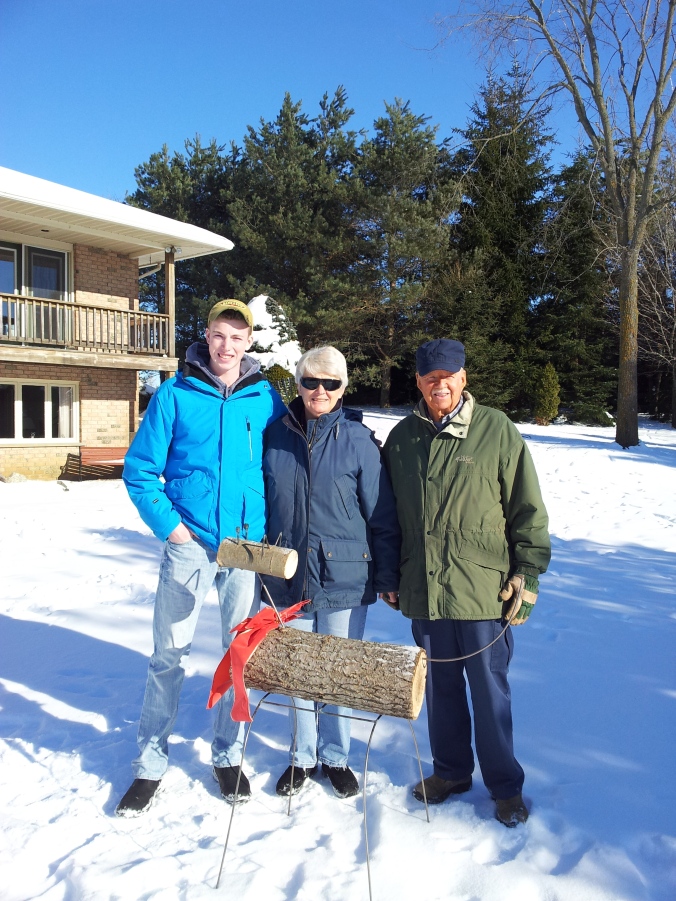 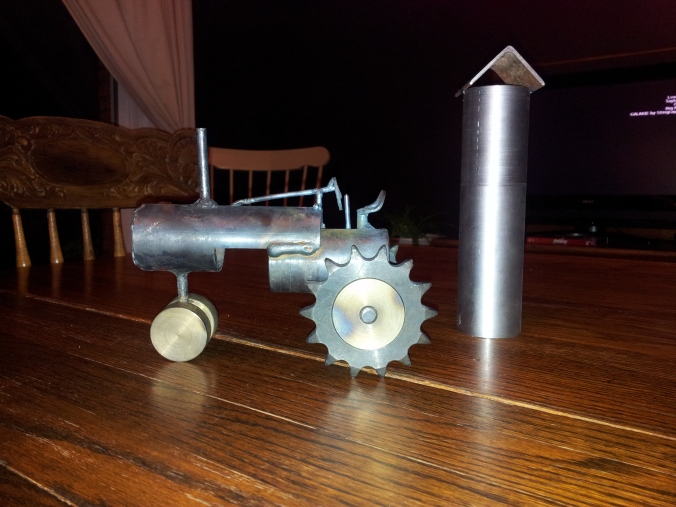 …both from his brain, no pattern here folks.

His father is creative through his landscaping and I’ve been known to take a photo or two, so I’m not sure what took me so long to put it together. But I realized we were definitely on to something after his first lesson. 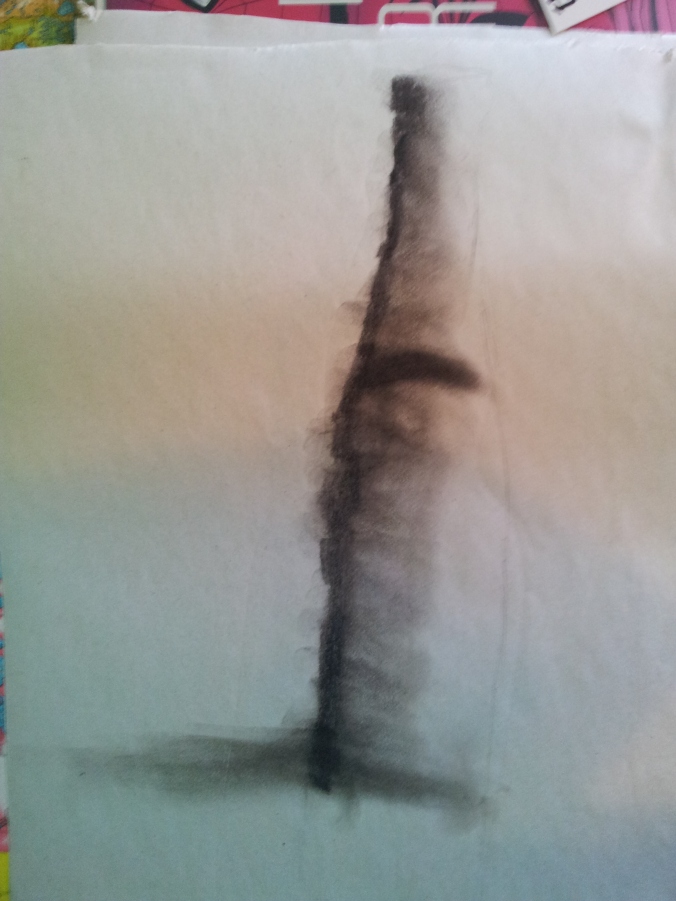 Last night was his second lesson… 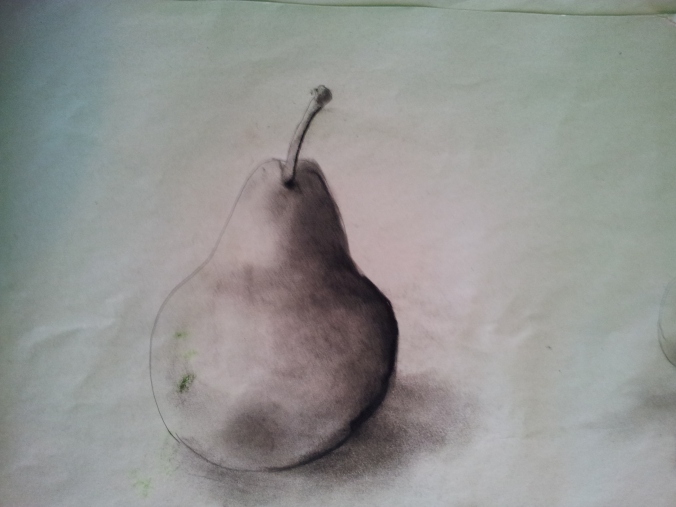 SBS is excited, inspired and eager to learn more.

So in the end, is it about fighting about practicing, or is this about finding your passion and going with that?

2 thoughts on “Practice vs. Passion”