Much like gathering the family around the telly for the annual viewing of Rudolph The Red Nosed Reindeer, Miracle on 34th Street, or even National Lampoon’s Christmas Vacation,

…it isn’t really and truly Christmas until The Bowery Girl posts her annual Christmas Tree post. Last year’s went over so well, we just had to give it another go.

Our search party was smaller this year, as First Born Son was scheduled to work, and I choose to believe that Dad was with us in spirit. With my Mother’s blessing (but not participation- she had heard about last year’s antics), Second Born Son, The Big Guy, and I headed out into the great green yonder.

The Big Guy is making sure we have no issues with area hunters.

We passed the area where we found last year’s tree, certain that there were no suitable specimens from last year. We walked and walked. Eventually SBS was feeling the strain of the trek. 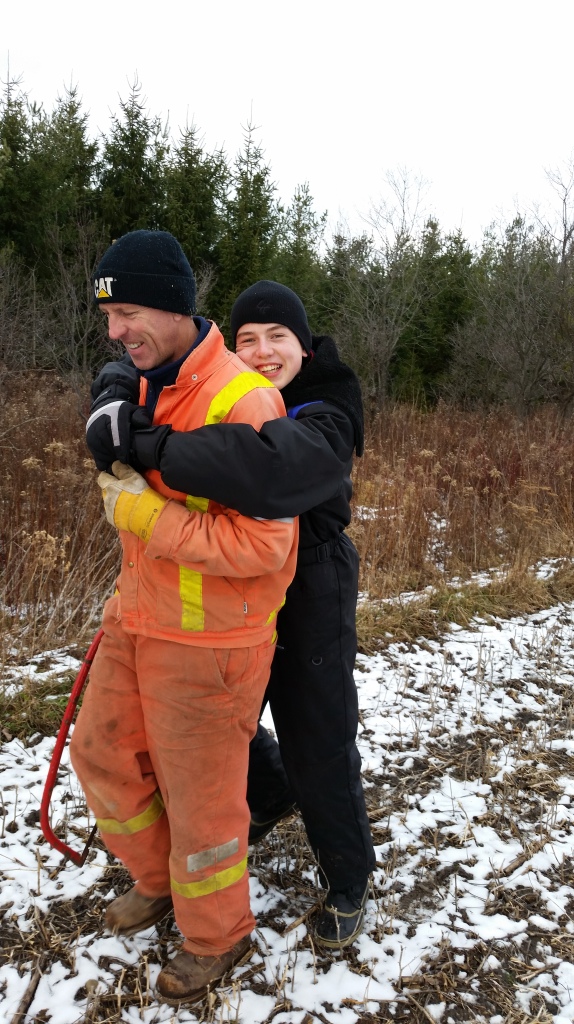 Piggy back ride anyone?

After all, it had been a solid 10 minute walk!

We cut across open spaces, since that is where the most evenly developed trees can be found,

…and SBS thought he’d found the perfect tree, but we thought it was a little on the small side.

Not bad, not bad at all!

Then The Big Guy thought he’d found the perfect tree!

Then he suggested the one I was standing beside, but I quickly advised him I was not a “Scotch Pine” kinda gal.

Finally, there was a choir of angels singing, a beam of light shone down and THERE IT WAS!!!!!

Unfortunately, The Big Guy thought we were pointing at the tree BESIDE the one that SBS found!

Finally the confusion was clarified, and we decided we had our tree, thanks to SBS. Now, it was time to cut that bad boy down and haul it back. SBS was a little slow to volunteer, after what had happened to him last year, but his father convinced him that would never happen TWICE! SBS stood his ground, so it was The Big Guy who had to cut the tree.

You don’t realize how big the trunk of these darn trees are until you start sawing them! 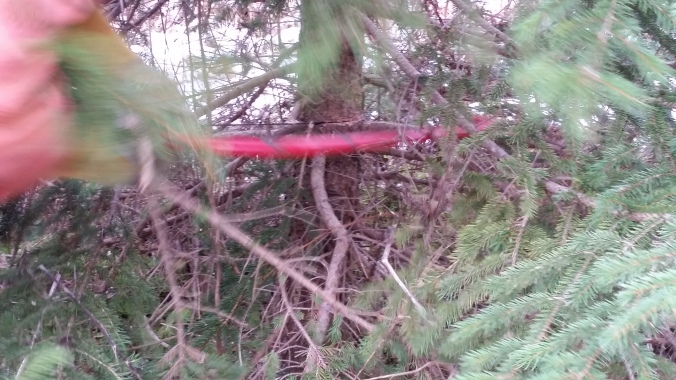 And then it happened!! 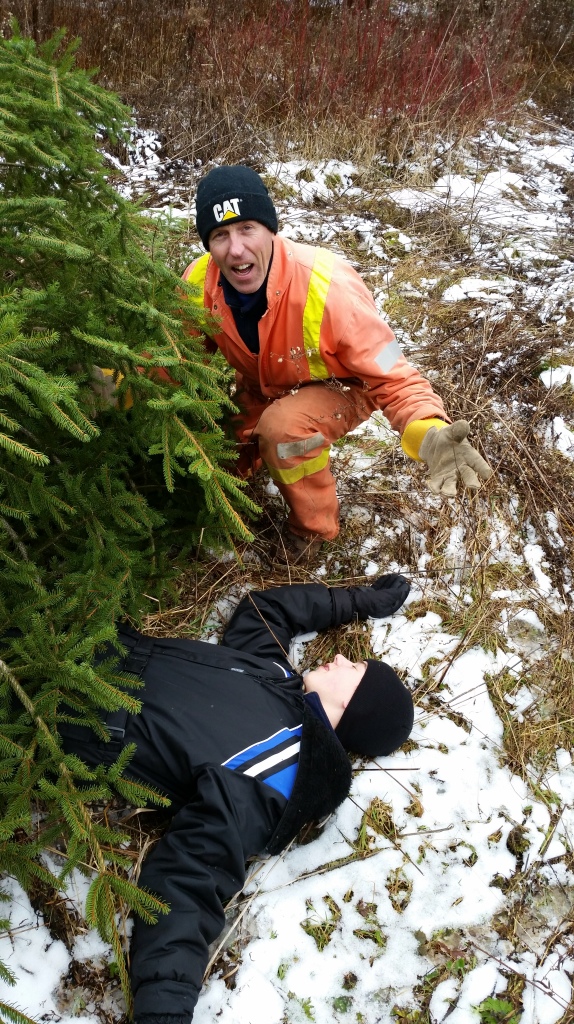 And he tells me he’s on the Health and Safety Committee at work!

The tree jigged when it should have jagged and SBS misjudged how tall he was in relation to the tree and it GOT HIM!

Once we realized there was no long-term damage, we propped him up and told him to drag the tree out of the bush. We’re awesome parents like that. 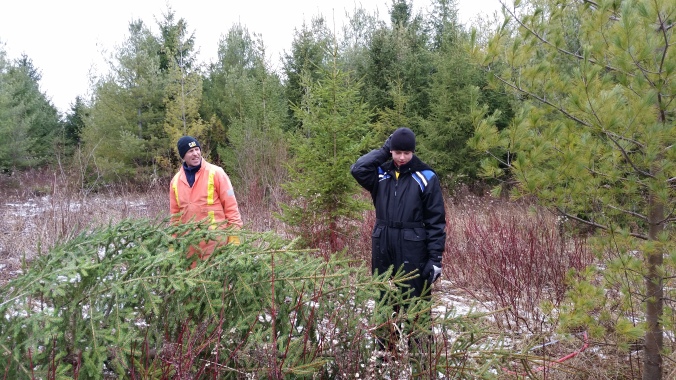 What doesn’t kill you makes you stronger!

So like the trouper that he is, he agreed to pull the tree out of the bush. But he forgot how far we had walked to get into this little clearing.

No child labor laws were impacted by the removal of this tree!

The Big Guy is now supervising! 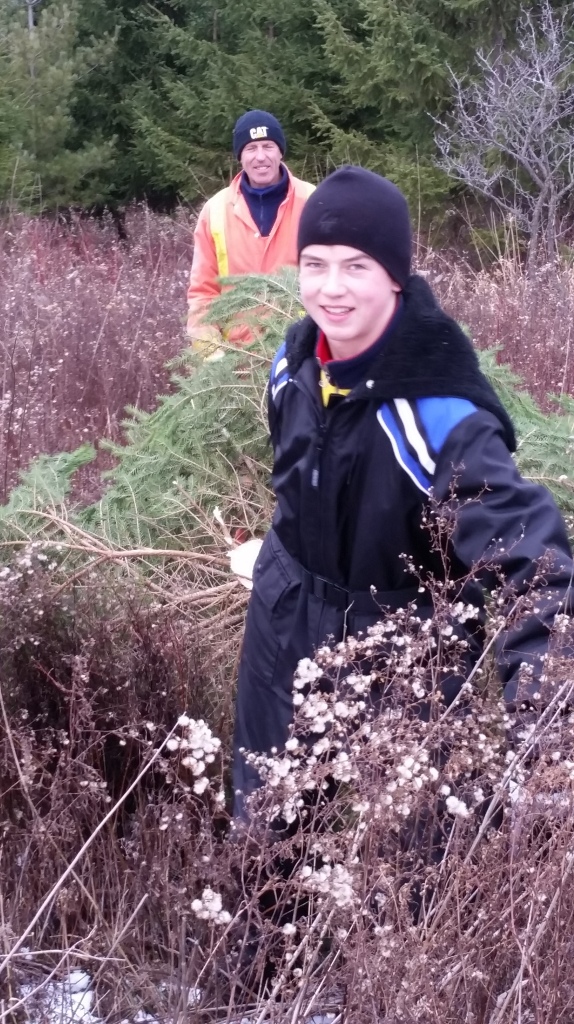 We told him it would put hair on his chest!

And before you know it – it was all trimmed up and decorated! Made all the blood, sweat and tears worthwhile! (Almost – right SBS?)

The purdiest tree you ever dun seen!