As with any spring around the Boweryville, the flowers are blooming, 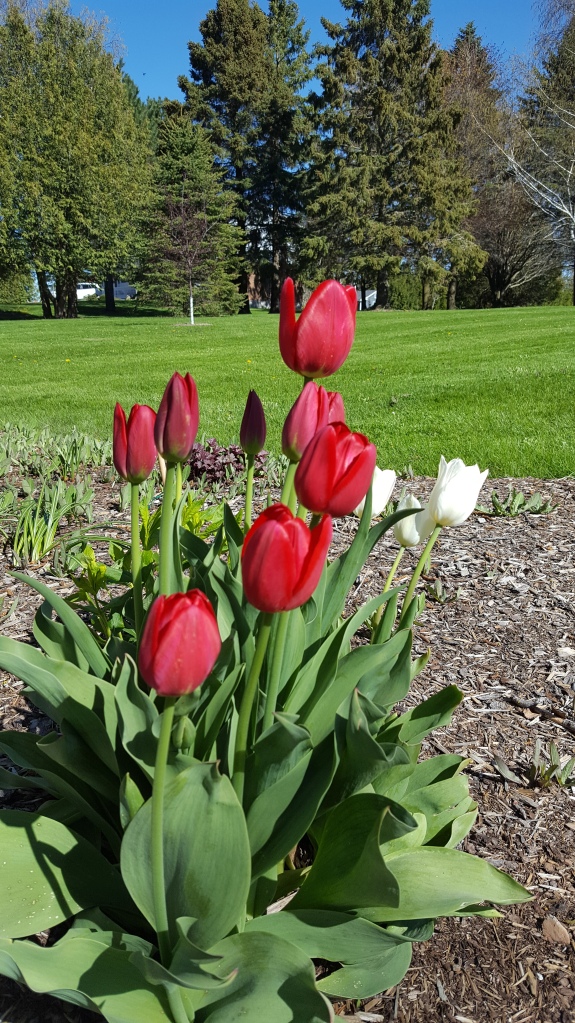 the sun rises and sets,

and my dog is murdering wildlife.

This is Cane. He’s truly loveable, unless you are a rodent or other small mammal. Yes, that is a dead groundhog between his legs.

Every spring, it’s the same thing; the temperatures rise, the animals start moving, and before you know it, Cane has a carcass on the lawn. Think I’m kidding? 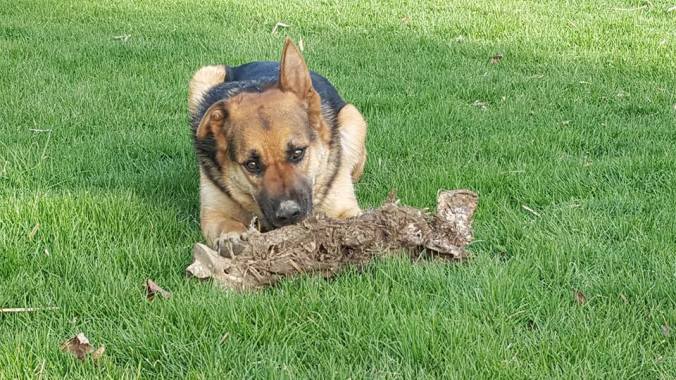 This was April 30 2016. This is a spinal column of a cow. He found this treasure in the field behind our house thanks to the local farm who spread it on the field. Yes, it’s caked in manure, and yes, he’s eating it. Because for him, this is a like a double stuff Oreo with a layer of chocolate fudge.

THIS is the jawbone of a cow. It goes with the spinal column above. We think. There was also a leg bone, but I think you are getting the point by now.

Cane really likes bring his hunts home. It’s like a form of bragging.

This is a raccoon. This lil’ darlin’ was dropped LITERALLY at our front door last year, the night before Mother’s Day. I’m going to assume it was his idea of a gift. The Batman logos on the patio add a certain je ne sais pas.

This is Cane and his brother Roman looking for the next victim. A little thing like a wood pile isn’t going to stand in his way. 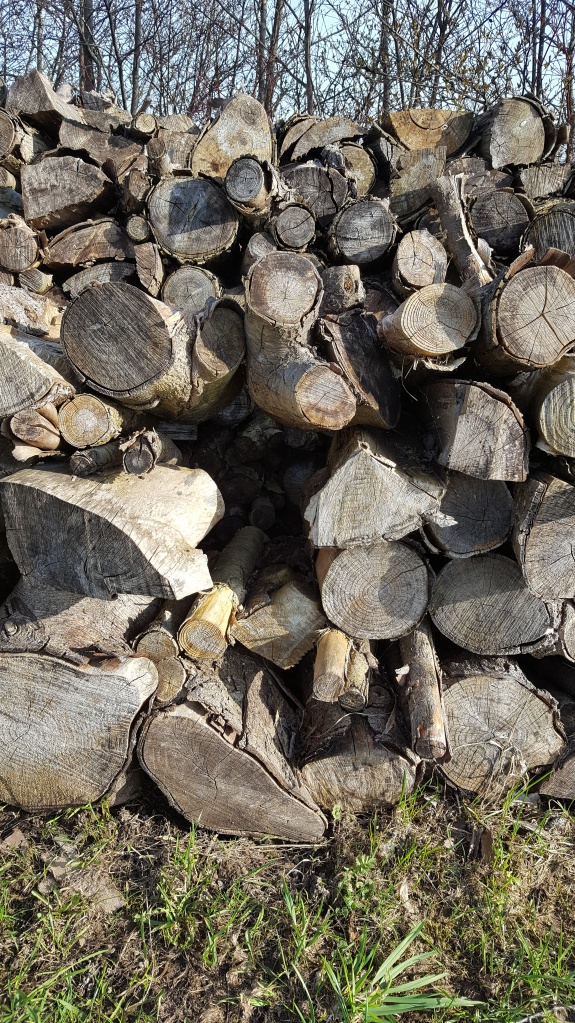 He just starts pulling out pieces of wood.

Now, you might think this is no biggie. He’s a big dog with a keen hunting instinct, which is to be expected from a working breed like German Shepherd. However there is a small issue. Literally, tiny.

This is Eco. He’s Little Sister’s dog. He’s adorable, and while he’s a little bigger than this now, it’s certainly no groundhog. We did arrange for a cousin meet and greet a couple of weeks ago, with all humans on deck, ready to extract Eco from Cane’s grasp. It did go well, with no blood shed, but Cane made it very clear near the end of the playdate, that he’d had enough, and this little nipper needed to be packed up before he became a Timbit.

So now that it is spring, we’ve come to expect that the days to get longer, the temperature to rise, and the bodies to stack up.